Three of the units, which are directly being set up by the companies, are coming up in Hajipur. The other unit, being set up in Muzaffarpur, is a joint venture with a local company getting the franchise of a reputed brand.

The units will generate employment of over 1,000 people.

Britannia is setting up its biscuit-making unit at Hajipur, around 25km north of Patna. The unit is likely to be operational by September this year.

It will have the capacity to produce 50,000 metric tonnes of biscuits every year and the company would invest about Rs 55 crore under this project. It would provide employment to 330 people.

Bansal biscuits, the makers of the Anmol brand of biscuits, too are setting up their unit in Hajipur. Biscuits made in this unit are likely to hit the local market in March this year. This unit would have the capacity to make 12,600 metric tonnes of biscuit per annum and would provide employment to 117 people. The company is investing about Rs 23 crore.

Another unit that is coming up in the same city is that of Sona Biscuits, the makers of the Sobisco brand. The company is investing over Rs 24 crore for setting up its unit which, after completion, would have the capacity to produce 15,000 metric tonnes of biscuit per annum. This unit is likely to become functional by March this year and it would provide employment to 219 people.

The fourth unit is coming up at Muzaffarpur, around 80km north of Patna, and this is being set up under the private-private partnership model. One Lavanya Finvest Private Limited has taken the franchise to produce the popular ParleG brand at this unit.

The setting up of this unit would attract an investment of about Rs 25 crore. The unit, which is likely to start production by the end of this year, would have the capacity to produce 36,000 metric tonnes of biscuits per annum. This unit would provide employment to 434 persons.

The Bihar Industrial Area Development Authority (BIADA) has provided land for all these projects. â€œWe processed the proposals at a very quick pace as the state government is determined to ensure that investors coming to the state face no hassles,â€ a highly placed source in BIADA told The Telegraph. 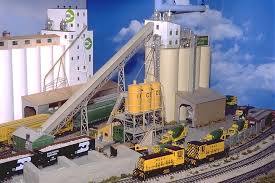 The source said work at all these projects are going on at the desired pace and going by the progress made so far, biscuit production in all these units would start this year itself.

The BIADA official also said that those engaged in these projects have also promised to provide a backward linkage, which would ensure that the major raw materials are supplied by local players. â€œParticularly those having flour mills would be benefited by these upcoming units as flour is the major raw material used in biscuit making,â€ said the official.

Terming the coming of outside players to Bihar a positive development, CII Bihar State Council chairman Satyajit Singh said, â€œBihar is moving in the right direction in the sense that investors have started showing interest in the state. Though the beginning is modest in terms of volume of investment, such beginnings pave the way for bigger investments.â€

Singh said the advent of established players would benefit local players also as they would have the opportunity to learn and develop their own brands in future.

Bihar Chamber of Commerce president O.P. Sah said: â€œIn the past five years investors were watching the developments taking place in the state and now that the same government has come to power, they have started investing in Bihar.â€