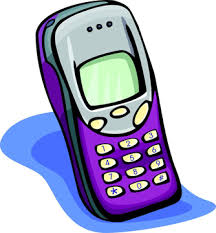 The Indian unit of Centro Internacional de Mejoramiento de MaÃ­z y Trigo (CIMMYT) Mexico, which played an important role in Indiaâ€™s Green Revolution in the 1970s, has developed a unique cellphone-based facility for farmers.
Besides answering queries, it will send out tailor-made, crop-specific advisories to farmers growing that particular crop, and that too in the language of their choice. Called CIMMYT Agriplex, the facility covers one lakh farmers in Bihar, Haryana, Karnataka, Punjab, Tamil Nadu, Uttar Pradesh, West Bengal and is backed by a team of 50 agricultural scientists.

CIMMYT Director General Dr Thomas A Lumpkin, said: â€œWe sent out 5,000 messages to wheat-growing farmers in Haryana about yellow rust (a pest that affects wheat crops) that the scientists had forecast, and immediately our phone lines started ringing as the queries flowed in.â€ Dr Lumpkin is on a visit to India to participate in the 10th National Agriculture Science Congress, organised by the National Bureau of Fish Genetic Research.

He told : â€œWe have designed a database of farmers which will be updated from time to time, containing individual farmerâ€™s details, like the crops he grows and other field history. Whenever our experts think there is a warning to be issued for a group of farmer about a certain crop, instead of sending a blanket message to all farmers, which is more costly; besides the message value is lost Â¿ the software will filter only those farmers of the region who grow that crop and send them the message.â€

Raj Gupta, South Asia Coordinator of CIMMYT, said: â€œWe are working with 60 Krishi Vigyan Kendras in these states. The government system can also use our database through these KVKs.â€

Ajai Kumar, Senior Country Coordinator, CIMMYT India, said: The facility will also provide a phone-in helpline to registered farmers. We have hubs in each of these states. When a farmer calls in on our helpline number, depending on the region he belongs to, the call will be taken by our team in the respective hub. This will solve the language problem, as each of our hubs has a team of agriculture scientists from that region, who can access our central database.â€