Home
Bihar
I want Nepal to become a Bihar

Kathmandu, Feb 18 (IANS) One of Nepal’s oldest and best known industrial houses has targeted neighbour India for rapid expansion in the hospitality industry, planning to build and run 30 hotels in Asia in the next five years, of which at least four will be in India. 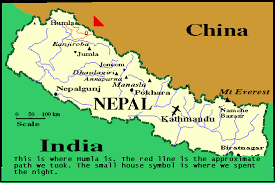 The Chaudhary Group (CG), a family-run conglomerate with interests as diverse as infrastructure, electronic items, fast moving consumer goods and financial services, is anticipating a strong presence in the hospitality sector in India with its first hotel in the subcontinent, Glow Studios, scheduled to open in Greater Noida this year.

The expansion is being led by Zinc l InVision Hospitalty, a partnership between CG’s hospitality unit abroad, Singapore-based Cinnovation l CG, and Thailand-based InVision Hospitality, in which the Nepali group acquired 51 percent stake.

Together, they are developing seven genres of hotels in Asia including Zinc City, the boutique hotels, Glow Studios that also offer serviced studios for longer stays, Zinc Edge, the businessman’s luxury hotel, Touch by Zinc, the health and wellness destinations, and Zinc Journey, which combines local culture and adventure.

Three Zinc Cities are planned to come up at Greater Noida in 2012, and in Cochin and Surat in 2013.

The group is also negotiating with the government of Orissa a suitable project in capital Bhubaneswar.

Besides India, the group has planned two hotels in China, and more in Thailand, Cambodia, the Philippines, Malaysia, Sri Lanka and Dubai.

In Nepal, between 2011-13, three hotels have been planned including a Zinc Edge in Kathmandu and a Glow Studio in Chitwan in southern Nepal. 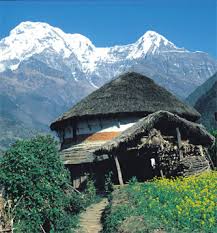 The conglomerate had a very humble beginning in the 20th century when Bhuramull Chaudhury came from Rajasthan in India with his young son Lunkaran Das to acquire on lease a small shop in Kathmandu on an annual rent of NR 200.

The young boy hawked fabrics brought from India at the palaces of the Rana prime ministers and other members of Nepal’s aristocracy. Gradually, the shop became Arun Emporium, famed for its imported goods which drew India’s moneyed families to Nepal for shopping.

Now, the group has become a brand as well, becoming the first and probably only Nepali corporate house to feature in Forbes magazine. Its chairman and managing director Binod Chaudhary is a MP from the ruling communist party.

‘India and China are going to be the two most important markets for us in future,’ Chaudhary told IANS.

‘In India, we are the second-largest sellers of instant noodles, with only Maggie ahead of us. We export our instant noodles to 40 countries and have production centres in most Indian states, from Gujarat to Assam to Uttarakhand.’

Chaudhary, who has been urging the formation of a political party of businessmen so that it would be ‘performance-based’, says despite the current political vacillation within the Communist Party of Nepal-Unified Marxist Leninist, it is best suited for Nepal’s economic development.

‘It is a socialist party with equal respect for capitalism and the realisation that the state alone can’t transform theÂ economy,’ he says. ‘It realises that the public sector, private enterprises and cooperatives and state-owned enterprises together form the three pillars of the economy.’

The 55-year-old has a unique dream for Nepal.

‘I want Nepal to become a Bihar,’ he says, referring to the Indian state that adjoins Nepal and was once regarded as one of India’s most underdeveloped regions. 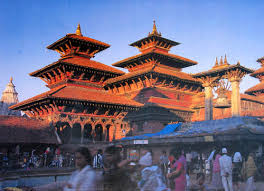 ‘Five years ago, there was no development and infrastructure in Bihar and it became the haven of criminals from both India and Nepal,’ he says.

(Sudeshna Sarkar can be contacted at sudeshna.s@ians.in)